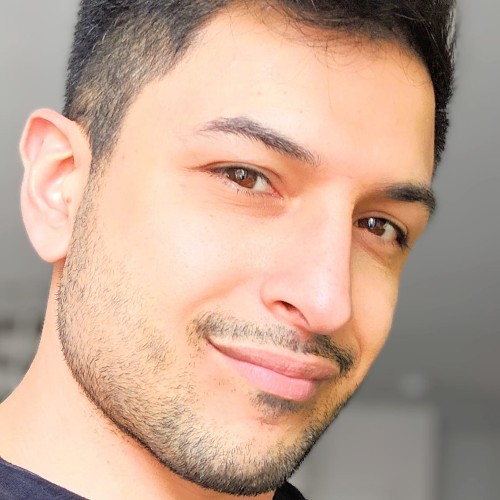 Could you give us a quick introduction to your previous business Augur? How did you come across the idea?
Augur was a real-time prediction service; it still technically exists on the internet. It was basically an API as a service, back when that was pretty much a new thing (building businesses that were pure APIs). I founded it around 2013.
When I first built that company, it was based on the notion that everything was going to become personalised on the internet, and I was really passionate about learning about that subject matter. That’s a common theme with me, I’m usually passionate about learning, and that helps drive me to a place that I want to then explore, dive deep and innovate around. With Augur, I looked at content personalisation, and thought- that’s the future (this was 2013). I wanted to make it easy for any kind of application to do that. Along the way, I realised I didn’t know how to build a company. I found out I had no idea how to do online sales, I could code but I sucked at coding back then, so I had to teach myself. I didn’t know anything so I had to learn from the ground up.
Most people in the community I was in, the Colorado community, thought that the company would be a failure. But after three years I was able to grow the business into the 7th fastest growing company in Denver, Colorado, have 40m end users, billions of transactions per day and ended up selling that off for 8 figures within three years. I definitely went through trial by fire and learned a lot along the way.

What was your career journey prior to starting Augur? You mentioned how you were unprepared, but were there certain things that your previous roles prepared you for?
When doing new things, you’re never qualified.  If you’re just going to build another mobile app that can send text messages between two phones, the technology for that already exists and the amount of qualification you have, to do a known thing, is pretty clear. This is what you need to do, here are the skills- does it match up?
But when you are creating things that haven’t existed before, no one is qualified. It’s completely learning from the ground up. In that respect, you can’t really be ready. You just have to start doing it and learning on your feet.
Prior to Augur, I freelanced as a coder/conversion rate optimisation dude. One person who hired me back then was a company funded by Mark Cuban. They gamified contests to try and get more engagement. I would go and look at the contest and design the interface to maximise conversion rates. I started teaching myself behavioural psychology, design, all these different things. Most of my coding work was coding front ends. For example, I helped my buddy that started a crowdfunding site. Another thing I did back then was I helped another buddy start a company that turned DNA into art. I wrote the whole algorithm that turned people’s genetics into art. I would still say that even though I could code, I still sucked at coding back then.


My version of coding was looking at a website, going to the HTML, changing around the text and trying to make it look right. I had no idea what I was doing, CSS was a nightmare!
I was just trying to teach myself back then. I was trying to read every book that Steve Blank ever suggested, at the very least his must-reads. Because I figured I was so behind, compared to some elite people out there – those that had graduated from top universities, running the most successful, profitable companies. What does that guy know? I thought that if I can read enough to know what he knows, and I can out-code and out-execute him, maybe you can beat someone if you know what they know and you move faster than them. That became my school of thought. I started reading/listening to one book a week. I started coding and teaching myself machine learning in 2013. But it still didn’t necessarily prepare me for building Augur, that was learning on the fly.

With both 500 Startups and TechStars, why do you think you were successful in applying to these accelerators? Any tips on making the most of the experience?
When I went through TechStars, I was also I think the earliest stage company in that program. In 500 Startups I’m going to dare say I was the earliest stage company in the cohort.
TechStars was my first accelerator so I didn’t know what I was doing, the plan was to just show up and do what they tell you. With 500 startups I had a game plan – and this may have been what pushed me over the edge to get in. For 500 Startups I went through 5 or 6 interviews with their whole team, which is a lot of interviews. I guess that’s how much they didn’t believe in me?! After these, I went to a workshop that they run for finalists. This workshop was about things like conversion rate optimisation and how to make your landing page convert better. I thought to myself: I bet you this workshop is to test who here is a hustler. Some of those finalists didn’t care. I took every single lesson learned and iterated my landing page 6 times that same day and got mentors engaged. I showed them that I am coachable and able to hustle.
Even then, the head of the program at the time, Marvin said: “to be honest we’re on the fence with you”. He asked me “If we accepted you, what would you want to get out of the program”?  I said if I come in as a founder who is in the idea/early software phase. And if, by the end of the program, I can have one channel that’s established, early revenue and I have a value proposition that’s considered must-have for my market, I would do that accelerator all day. That’s what I’d like to do. I also told him I would like to do that via lean startup and customer development methodology. I made it clear I would be spending most of my time talking to customers. Marvin told me he has a lot of respect for companies that do this and asked me to give him time to consider. I got feedback from someone else who said I was inauthentic and they didn’t understand what I do and I thought “okay I’m totally not getting in”. But, crazily enough they accepted me.
Throughout that program, I hustled like hell and by the end of the program, I ended up with a must-have value proposition, pre-sales and one channel that was established. Somehow, I was able to do all the things I wanted, as a solo founder. I think that made the difference – knowing what the game plan was going in and executing like hell to make it happen. I don’t care about fundraising coming out of accelerators. It’s a little disappointing to think that fundraising is the purpose of an accelerator. It makes sense if your company is at a certain stage and is sufficiently positioned to fundraise. Some people say that a CEO should be full-time fundraisers. I think CEOs should be full-time revenue generators rather than fundraisers. I would say to anyone who wants to go through a program like that, choose what you want to accomplish and execute like hell. Tell them “if you accept me into this program, I will do this, this and that”. I think that makes the difference sometimes.

Any amusing or most memorable stories along the way?
Silicon Valley (the television show) totally mirrored my life. During Augur I ended up inventing this crazy tech that can outperform companies. I ended up hiring this older CEO (like they hired Jack Barker in the show). I wonder if that show will mirror the lives of those reading this too. Maybe that show is like The Twilight Zone for startup founders.

If you could go back and give yourself one piece of advice, what would it be?
Maybe 2.5 pieces of advice come up. One is the advice about perseverance that I mentioned earlier, about being the cockroach. Another is a quote is from an old school founder from around the 80s or something like that. I got it from this book called “Founders at Work”. One of the founders said, “you don’t get paid by focussing on competition, you get paid by focussing on customers.” The third thing, the other half of that advice is that it’s actually really easy to get revenue. All you have to do is serve others and make them be successful and you will get paid.

What are your favourite books?
Business Related
Founders at Work – Jessica Livingston

Every single book that Steve Blank has recommended as a must-read (https://steveblank.com/books-for-startups/). Those books have given me a framework of thinking that has helped me help other entrepreneurs.